Trying out Azure DevOps as a replacement for TeamCity

I currently run a self-hosted TeamCity install (v10.0.5 build 42677) which starts to get rather old. I really do like TeamCity and my plan is to switch to using the latest version of it hosted in Docker and then have a build agent running elsewhere. But before taking that path, I thought I would take a quick look at Azure DevOps Services (ADS). To start simple, I took one of my very simple open-source projects (Ensure.That) which uses CakeBuild and configured (ADS) to run that Cake script. During my test, I also moved the repository from GitHub to (ADS).

The Cake script is rather simple (full source here). Looking at it from a high level, the tasks involved are:

Each task is pretty much as if you would run this in the console:

Using Cake v0.32.1, in my self-hosted Team City install using the option: "clean all files in the checkout directory before the build", I get the following execution timings:

If I run the same script in Azure DevOps I get the following: 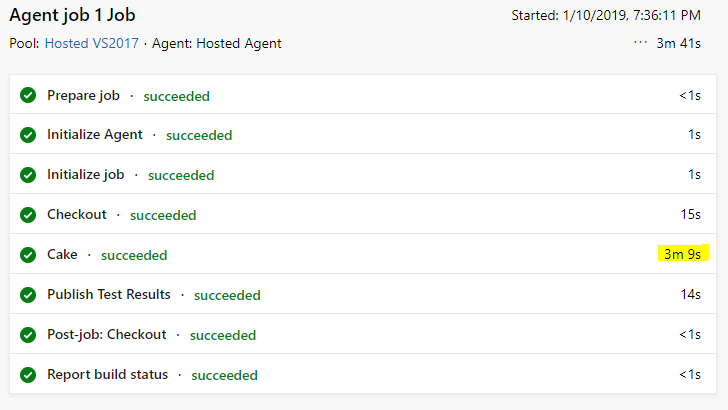 If I instead configure specific tasks in Azure DevOps: 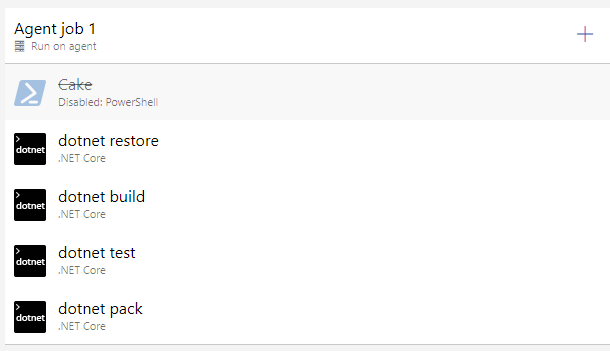 Where I have e.g. passed switches to say --no-restore etc. to build and --no-restore --no-build to test, I get the following result: 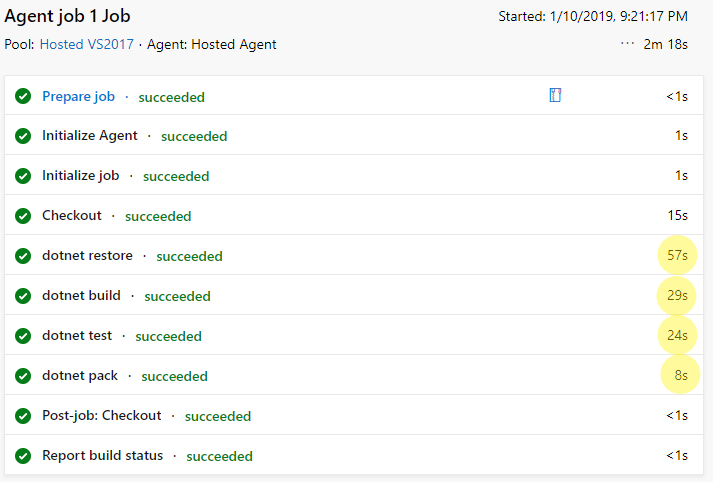 I can probably earn a few more seconds by combining two tasks. E.g. having build restoring the packages as well. But comparing 3min to 16s on such a simple project? I'm also a believer in build scripts, hence I will continue to use CakeBuild. And my need from a build server is currently very basic. Given this, I'm willing to maintain the build server my self. But I might use other parts of Azure DevOps. E.g. hosting artifacts and doing releases when it comes to services in Azure.